I’ve been reading about older KMZ products since I’m importing their new lenses and cameras to the US.   This site USSRphoto.com is a great resource btw.

I just stumbled across this really cool camera, the Narciss, which is a small stylish SLR that shoots 16mm movie film.  The camera was originally supplied with spools to allow you to load movie film onto, and even a small developing tank was included.  It has a detachable viewfinder as well as special adapters to fit M42 mount lenses.  You can read about it – mostly made between 1961 and 1965 and for KMZ pretty low production so somewhat rare these days.  I checked ebay and saw that complete kits were listed at pretty lofty prices of $600-$1500 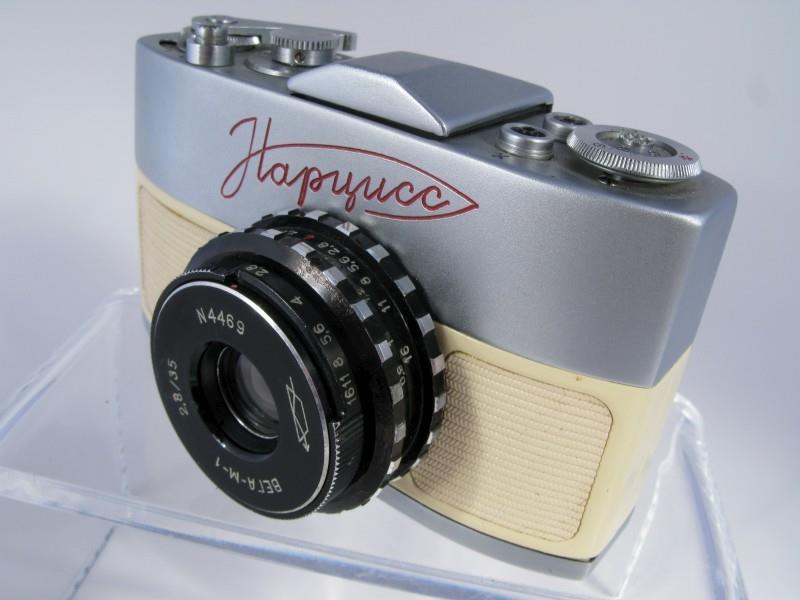